21/13IR105 Tommy has also been reported as active holiday station. 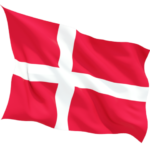 Tino reported us, that he will be active for next two weeks from somewhere in the North part of Denmark, so have a look for him.

After some years of absence, the German IR-DX crew decided to organize a fieldday meeting again.

First visitors
The first fieldday visitors from the Netherlands (19IR04 Rob and his wife) and Switzerland (15IR076 Chris and his wife), did arrive as one of the first on friday afternoon.
Meanwhile the crew was busy with cleaning and building up the side and got some help from the visitors, to get ready for the main fieldday on saturday. 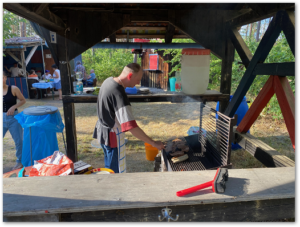 IR and non-IR members
Several (non) members from the area, showed up on fridayevening, to say hello and took a few drinks.
Under great weather conditions with a clear blue sky and very sunny weather, the fieldday started on saturdaymorning.
More members, including non-members, showed up and we had a lot of nice eyeball QSO contacts.

It was really nice to meet several old friends, who did not see eachother for over 10-20-30 years.

Some “Young Ladies” from the IR-DX group had made some nice cake at home and did share it during the fieldday. At the late saturday afternoon, we had a nice BBQ with several nice salads.
The eyeball QSO contacts, did continue until the end of the evening. On sunday, the fieldday was being faced out, little by little and at the end of the afternoon, it was really ended. 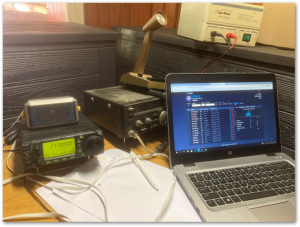 Fieldday – 11 WW Contest
As we know that the 11 WorldWide contest was running, we decided to use 13IR/HQ as our callsign, instead of 13IR000.
We knew, that we did not announce it in advance, but we did not make a serious plan to be active many hours.
So far, 79 radio contacts could be made, mainly inside Europe, but also with continents Africa and South-America.

Thank you
We would like to thank all people involved with the fieldday organization and all participants to make this event a success after some years again.
Unfortunately one of the organizers was in quarantaine, so unfortunately he and his wife were not able to join us.

This contest event is taking place every 3rd full weekend of July and to create more activity, all IR-members are invited to take part in the Eleven World Wide Contest.

Even if you are not a member of any 11 meters DX Group, you are welcome to take part in this free of charge event.

The contest starts at 00:00 UTC on Saturday and ends at 23.:59 UTC on Sunday, so a totally duration of 48 hours. You are free to decide, how long you like to take part of course.

Already announced activity and participation is being received from :

Inform yourself about the Law and regulations for 11 meter band. IR-DX Group takes no responsibilities in which way members using their RTX, transceivers or other radio equipment.

We received today very sad news.
One of our well-known members, 13IR256/13DX056 Ulli and a good friend of many people from the 11-meter DX community, suddenly passed away.

We loose a good friend. 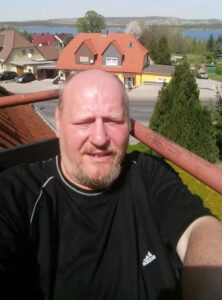 On behalf of the IR-DX HQ and it’s members,

Information received us, that the founder of the Alfa Tango DX Group, 1AT001 Aldo, passed away after staying a while in the hospital.

Several members of IR-DX Group, were member of the Alfa Tango in the past and have known Aldo.

On behalf of the entire IR-DX Group, we like to express our deepest condoleances to the family, relatives and friends and wish them all strength with processing this great loss.